FROM WORDS TO ACTION: MAKING DESERT to POWER INITIATIVE WORK FOR A JUST ENERGY TRANSITION AND ACCESS FOR THE AFRICAN PEOPLE.

The energy landscape in Africa presents both challenges and opportunities for low carbon economies and sustainable development across the continent. In the first place, despite global progress in energy access, energy poverty rate on the continent is among the highest in the world. In 2017, more than 60% of the population in Sub-Sahara Africa (SSA) had no access to electricity. Some 80% of the continent’s people rely on traditional, inefficient and climate sensitive energy sources, notably fuelwood, for heating, cooking and smoking. While the main shift globally is away from fossil fuels, new oil and gas discoveries in several countries, mean that fossil fuels will continue to be the main source of energy for development in Africa in the foreseeable future. About 30% of oil discoveries between 2010 and 2014 were in SSA (Africa Energy
Outlook, 2014). In the second instance, Africa presents a unique opportunity for shaping the future of energy. With less than 6% of global energy consumption and a high potential for renewable energy (solar, wind, geothermal, hydro), Africa is best predisposed than any other part of the world for a major energy shift. Download Concept note 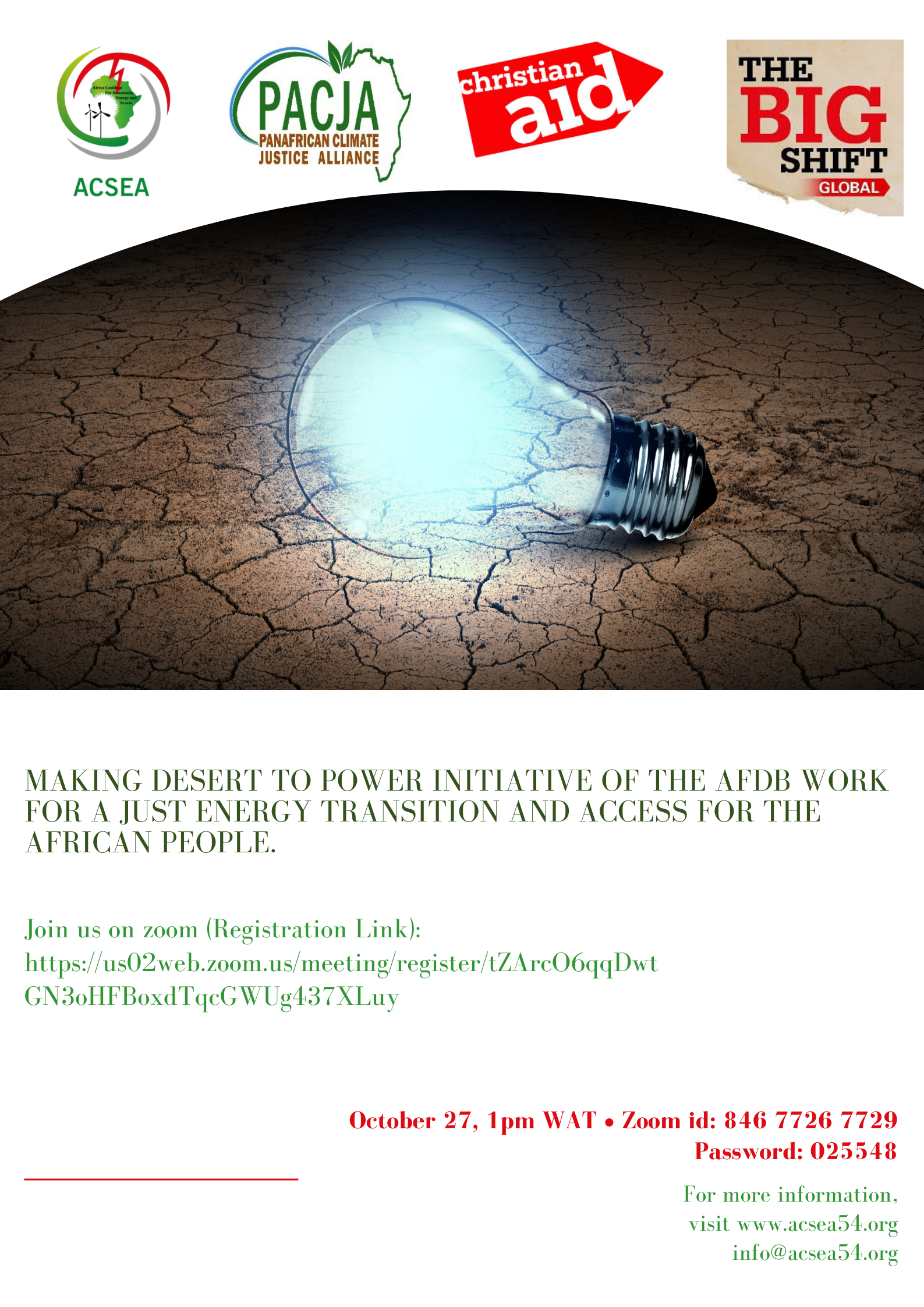