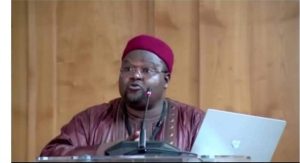 Dr Augustine Njamnshi, Chair, The Technical and Political Committee, PACJA, and Executive Director of the African Coalition for sustainable Energy and Access ACSEA, said in a moving statement at the Petersburg Climate Dialogue 2022 in Germany that Africa has previously held COPs dubbed “African COPs,” but the outcomes were never commensurate with the name.
Previous COPs held on African soil were in Marrakech, Morocco from October 29 to November 10, 2001 (COP 07), Nairobi, Kenya from November 6 to November 17, 2006 (COP 12), and Durban, South Africa. 28 November – 9 December 2011 (COP 17), and 07 November – 18 November 2016 (Marrakech, Morocco) (COP 22).
“As a result, we have christened the upcoming COP27 as The African People’s COP.” “This name was carefully chosen to reflect the aspirations and concerns of the African people,” he explained. He went on to say that, while COPs are known for their lengthy and protracted negotiations, Africa and its people have continued to suffer from the ever-increasing negative effects of climate change.Despite the fact that the UNFCCC negotiations have lasted three decades, the effects of the climate crisis, manifested in floods and droughts, continue.Video Link